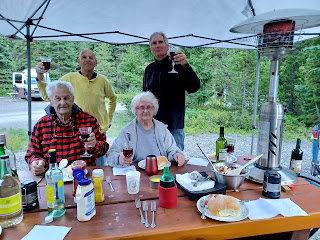 Dear Members; Summer arrived as it will almost each year on the 21st of June.  Yet, just a little over one week previous to that date, BC moved on to its first step of returning to normal after more than one and one half years under the Emergency act and the response to the pandemic.  The result was that members from Vancouver and Victoria were once more able to travel within Beautiful British Columbia.  Our RVs headed to E.C. Manning where Bruce had booked us all in to celebrate the Pacific Ski Club's oldest member's birthday.  Larry Walker turned 90 on the 17th of June.  Congratulations! 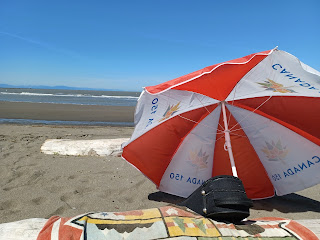 As summer opened up, we were hit with a heat wave that saw temperatures rise into the high 30s and even low 40s, a rare thing here in Lotus Land.  B.C.'s fire season saw many places hit, especially the town of Lytton which basically burned to the ground.  That type of incidents bring sorrow and we can only offer our sympathy and understanding to those who lost everything.

On that note of sorrow, no one in Canada can simply remain silent and not have our hearts wrenched from our chests due to the discoveries we have had in BC and elsewhere in Canada where, from basically the birth of Canada in 1867, July 1st, until the residential schools were finally closed in the late 1970's, the mindset of European thought was to eradicate the native languages and their traditions.  Those policies, and the leaders who became Prime Ministers throughout that expanse of time must each carry the burden of guilt (that goes for most MP's and Cabinet Ministers).  Those children, forcibly torn from their families, and then placed into a world completely foreign to them, must have gone through hell on earth; many lives were forever changed, grief, scars of the terrible memories endured, and of course the death of those children whose remains have recently been discovered, resulted from the belief that it was 'best to Westernize' our native population.

My belief is we did not understand their values, their culture, and their language and it either threatened or frighten those in power.  The Pot-latch was outlawed as the new comers could not grasp the idea that the land and its wealth has no individual ownership but is a bounty to be shared with all.  That idea, to give all of your material belongings away at a Pot-latch, went beyond the European culture of ownership, personal wealth, and greed.  The cultures clashed. My sister is an adopted native whose mother very likely suffered under that regime. 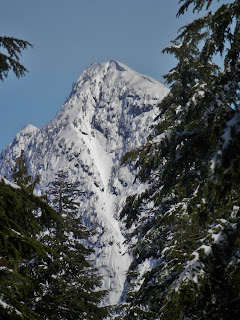 Those of us who are living, must stand together as one nation, as one people and, at first grieve, and then ensure that we learn from those errors and never repeat that crime.  Each human life counts, and each human being has a right to make choices within their own belief; be kind, and please honour and understand those who make decisions which are right in their eyes--yes, treat those who have had the Covid vaccine the same as those who have an opposing view.

As the President of the Pacific Ski Club, I ask each of us to look a he beauty nature provides.  Hike up into our majestic mountains, look at the Hemlock, Fir, Pines; watch haws and eagles as they ride the winds and soar above; go to the beach and watch the clam of the lapping waves and take in at least one sunset around our shores.  We, here in B.C. have so much, an almost endless bounty if we only take the time to look and 'smell the roses'. 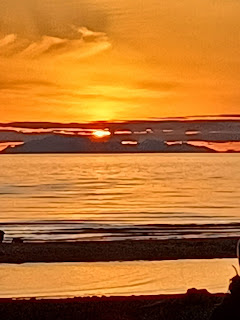 If the outdoors is where your heart is, go for a walk, ride a bike, or join us at the Burnaby Driving range.  We are looking at the middle of September for our golf tournament, hopefully the 18th, but that is still in the works.
July 5th saw step two in 'getting back to normal' and you can now travel across Canada, wearing a mask is optional, meetings can be up to 50 individuals, and in September, is all goes according to plan, schools will open, churches will be full, and you will be able to attend a football game in a stadium (you can, but only to 50% of capacity).  As a result, your executive is looking to holding our 2020 and 2021 AGM, likely the 3rd Thursday in September, and our 45th Year Party in October of this year.  Please bear with us as each of us must reach a point where they are again comfortable of moving among others in a social realm we have not been able to enjoy for a long time.
Yes, we have had a few more bookings on the Banff trip, so it is time to re-join the PSC of VASC and get your deposit in.  Check out our Winter Activities Page and book your spot before they are all gone.
Come ski B.C. with the PSC and use those passes to the maximum!  It is beautiful out there and there is no reason not to again have fun in the sun!!!

Booking ski trips: At club nights, you can pay with Master Card, VISA or the Diners Card, or if you prefer, the easiest way is by an e-transfer payment to pacificskiclub.payment@gmail.com

Club Nights: The Pint 455 Abbott Street, 6:30pm.  We hope to see more of you there as the our world gets back to normal. 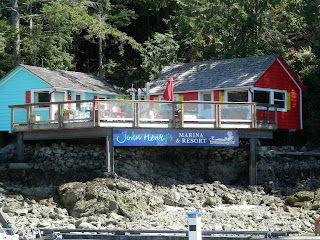 John Henry's Resort and Marina   who are providing us with bottles of premium wine... 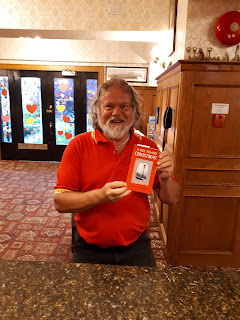 We wish our sponsors a very happy and prosperous 2021. 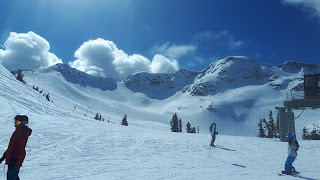