Next play is a kind of a tongue-twister, or an oxymoron, as it's called: 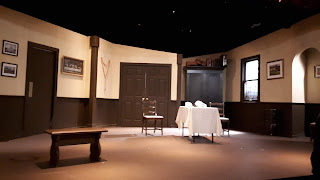 Missed the February 13th night, you can still go as 'Drinking Habit 2 - Caught in the Act, is still playing until the 29th of February--yes it is a leap year!!!!  I was a great comedy show--but as I missed the first play, the original 'Drinking Habits (it's about nuns in their Habits and their habits). I cannot compare the two. 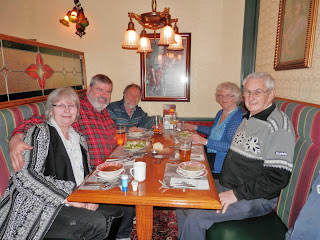 
Curtain time is 8:00pm sharp.  If you cannot go to the dinner with us, make sure you get to the theatre early as they have refreshments, as well as wine and beer, drinks which you can enjoy before the play starts.  Its a great way to spend an evening and unwind.  You are supporting the Arts in Canada. 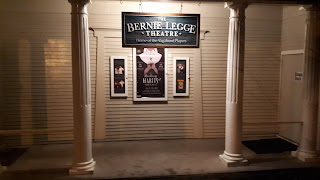 The Vagabond Players, the oldest theatrical group in greater Vancouver--in their 82nd season--will present the following shows (see below)  The dates listed are simply the nights the PSC Executive have chosen.  We try to go as a group, but if they do not fit your schedule, you can click on the link to the Vagabond Players and pick your own night.  It is a loosely set up event made to fit everyone's busy schedule. 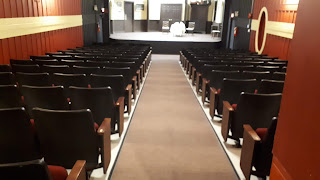 Contact the Burnie Legg Theatre or the Vagabond Players

PSC Information at a Glance

The All New BootPress is Here!

Click on the tabs on the top to see what's happening. Click on the Review tab and you will find much more. Our photos can be viewed from the Reviews Tab.

Click on our survey tab and e-mail it to me, president@pacificskiclub.com . We'd like to know what you liked and what you want for next ski season, 2019/20. Whistler weekend trips, week long ski trips, BC Interior mountain trips- Sun Peaks, White Water, Rossland's Red Mountain, Big White, Silver Star, Apex - You name it; we will look at it!!!